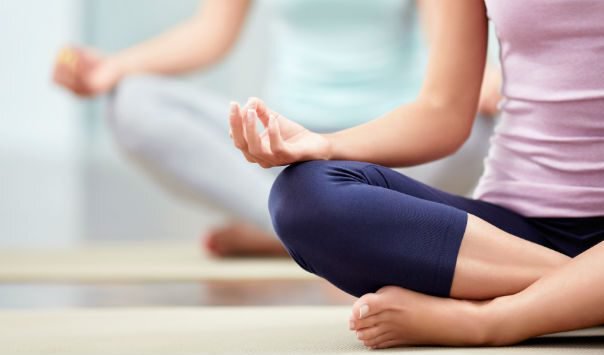 An article was recently published in The Telegraph describing the connection between yoga and labiaplasty. Click here to read the full article.
When Caroline Shaw divorced earlier this year, it wasn't just her hair and wardrobe that she revamped for her re-launch onto the dating scene.
,
The 39-year-old solicitor's clerk took a bold step to make sure a rather more delicate area was in the best possible shape for the next phase of her life: undergoing a labiaplasty, an hour-long operation under general anaesthetic to trim 2cm off the length of her labia minora.
,
This so-called ‘designer vagina' surgery wasn't, as one might assume, for the sake of her sex life (though she admits that was a consideration). Rather, as a keen athlete, Caroline wanted her private parts to be “neat, tidy and tucked away,” so she could continue her regular 8km runs and twice-a-week yoga classes.
,
“People assume it's a Barbie doll surgery done for young women who want to look like porn stars,” says the mother-of-two from Hendon, North London. “But the fact that my bits had never quite ‘bounced back', shall we say, after having children, was the main concern for me.”
,
Caroline was told her labia minora were likely to have lengthened due to hormonal changes after giving birth: “I was getting unpleasant chafing whenever I ran, and embarrassed when bending over to do certain yoga poses. I like being fit and didn't want it to keep bothering me, so I decided to do something about it.”
And as extreme as it sounds, Caroline appears to be among a growing number of women signing up for this most intimate of procedures, at a cost of up to £4000. The trend, which began (of course) in the US, is rapidly spreading across the UK – now reported to be the fourth most common request after breast surgery, tummy tucks and liposuction.
Harley street surgeon Angelica Kavouni, who operated on Caroline, performs about 20 labiaplasties a month, and is seeing a 20 per cent rise in inquiries year on year

Figures show the number carried out by the NHS rose five-fold in nine years, to reach 2000 in 2010. But this is likely to be the tip of the iceberg, given most are performed privately. Nearly 50 clinics in Britain now offer the procedure, with some surgeons reporting three-fold increases in the number of women requesting the surgery in the last year alone.
Many, unsurprisingly, take a decidedly dim view of this boom – there were calls in March for it to be outlawed on under-18s, under legislation which also bans female genital mutilation.
Keith Vaz, chairman of the Commons home affairs select committee, said: “We cannot tell communities in Sierra Leone and Somalia to stop a practice which is freely permitted on Harley Street.”
So, is the rise predicated on the exploitation (and inflammation) of female insecurity? Or a practical solution to a problem that has long embarrassed and troubled women – who until now have just had to shut up and put up with it?
Certainly, aesthetics appear to play a part. Though the free availability of internet ponography has been blamed for creating a culture that enables the comparison of previously private parts, experts say its influence is more indirect.
Where once any natural asymmetry or gradual lengthening over time, whether due to childbirth, gravity or hormonal changes, would have remained hidden, the trend for women to trim their pubic hair – which began in the sex industry, before becoming mainstream for an entire generation – has led to the area becoming far more visible to scrutiny.
But there are other factors, too, say doctors.
Harley street surgeon Angelica Kavouni, who operated on Caroline, performs about 20 labiaplasties a month, and is seeing a 20 per cent rise in inquiries year on year. “I would say that about 50 per cent are coming so they can keep exercising without discomfort.
“Over the last few years, I think there has been a shift in women's fitness,” she says. “They are training harder and longer in sports such as running and cycling. If the labia are longer, this can expose them to a lot of rubbing and chaffing and the tissue can become quite swollen.
“A few generations ago, doctors would say there was nothing that could be done, but now that is not the case. I think women are more confident and if they feel something is good for them they don't feel they need for permission to get it.”
According to reconstructive surgeon Miles Berry of the British Association of Plastic, Reconstructive and Aesthetic Surgeons, some women are simply born with longer or uneven labia, “in the same way that breasts can come in an C and A cup on the same woman.”